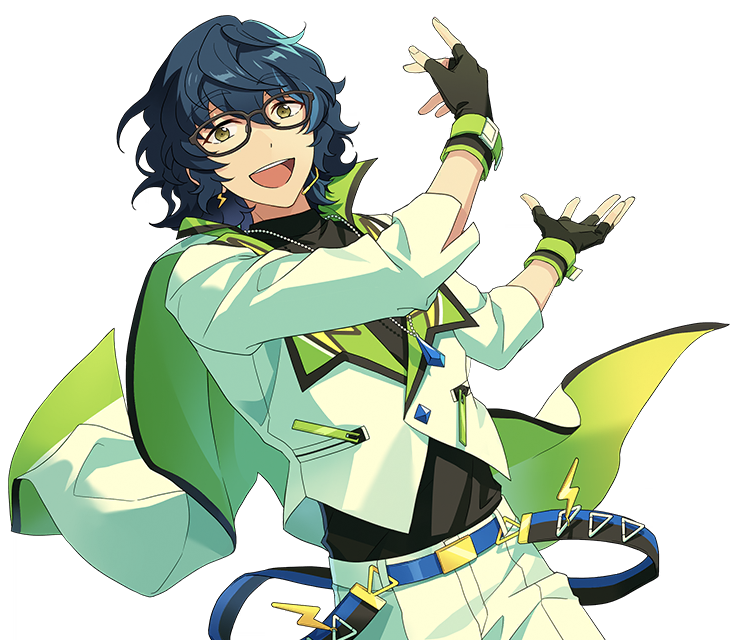 Oh Tsumugi. Once again I am sitting in the living room across from my carefully placed birthday display writing you a little message. I don't want to reiterate exactly what I wrote last year, so I'll try to keep this concise and focus on the past year or so.

Lots has happened within the las twelve months. In the fall, I was challenged with the task of writing college essays, which was quite terrifying as I didn't have the slightest idea as to what I could effectively write about. Eventually, I had no choice but to start, so I went with the one thing I figured I could write something genuinely passionate and personal about.
Tsumugi.
I wrote my general essay about Ensemble Stars Tsumugi Aoba.
Granted, I added some personal stuff as well, but for the most part, it was about him. Now, although I did reference how I love his character and story, I also went into how much discovering Tsumugi impacted my life positively. From introducing me to the hobby and community of being a "nui mama" (taking plush photos) to as much as buying me time in an era where things were looking pretty hopeless for me, Tsumugi has added so much more to my existence. Everything I do, I do it for him, but I think that's pretty clear by now. After three long years, the only way my love for Tsumugi has changed is in a massive increase. As soon as I see a new card of his, I throw caution to the wind and enter the Tsumugi void until I have him in my hands. He's the only reason I open either game.
I was not a huge fan of the changes made to the game, but I'm willing to try my best on both Basic and Music for Tsumugi. To backtrack a bit, let's look at what other adventures I've had with Tsumugi in the past year.
Besides the whole college essay thing, I participated in the Switch unit collection event and landed 35th place for Tsumugi!
On my eighteenth birthday, I got the tattoo of Tsumugi's adorable signature that I had been planning to get for a couple years! 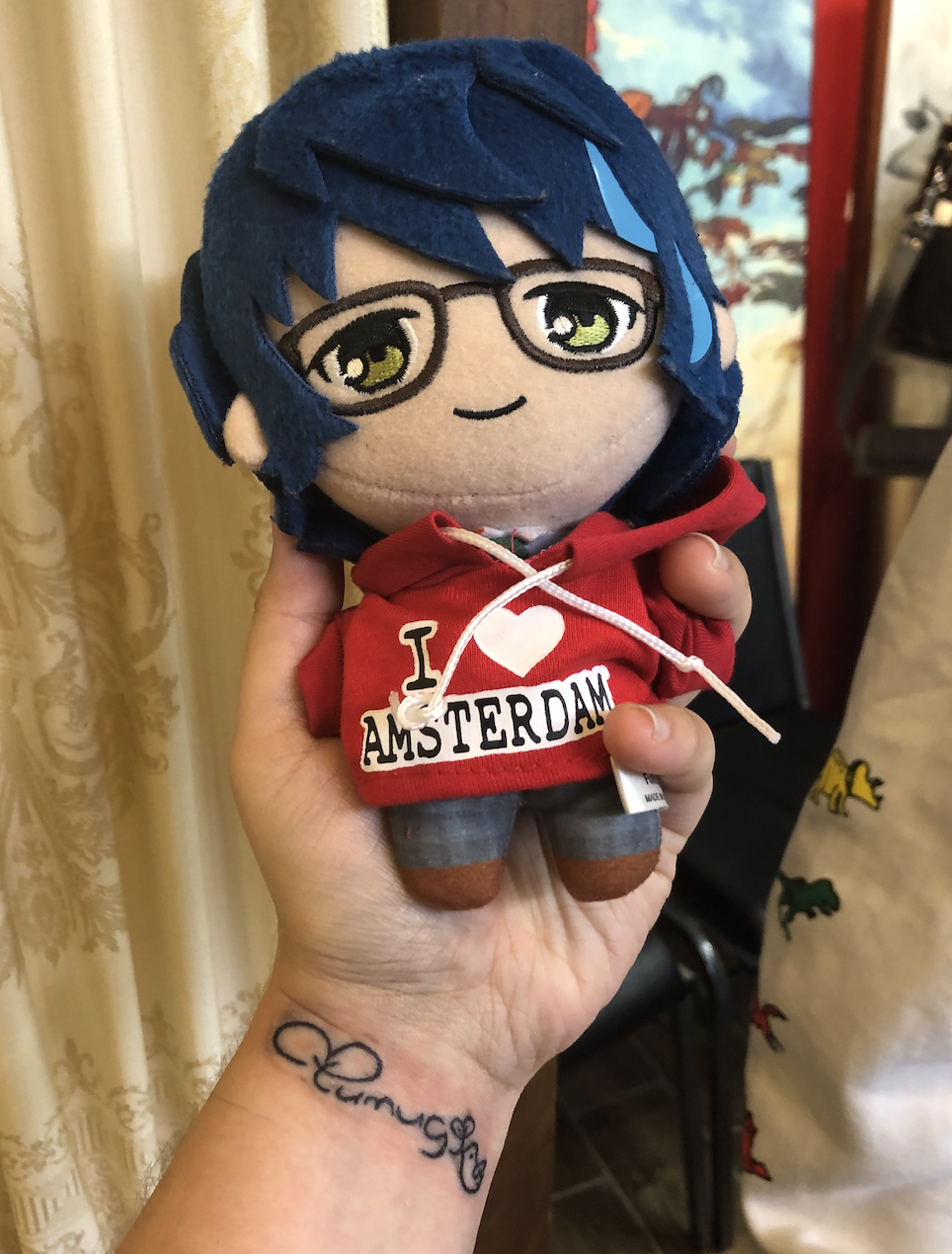 It was absolutely worth it. Every time I look at my wrist, I can at the very least remember that no matter what happens, Tsumugi is forever.
In January, I traveled to Japan as a graduation present. This trip was originally going to be held in June, however traveling in January ended up costing us much less (which was an extremely smart move considering the way the world would spiral in the coming months). I had an amazing time there and was fortunate enough to spend time with some Japanese nui mama that I had met through my hobby of taking pictures of my Tsumugi plush! Everybody I spent time with was so wonderfully kind, and I'll always cherish those memories with them. I'm forever thankful to Tsumugi for leading me to these experiences. After that, things were pretty...uneventful, at least, up until mid March. Miraculously, I had been offered admission into my top choice school! I still can't believe my Tsumugi essay helped get me in along with enough of a scholarship to actually attend...and I'm grateful to Tsumugi for giving me the motivation to press on throughout school to get there.
The past couple months have been relatively uneventful in terms of Tsumugi content, but I'm preparing myself for the 5* that is inevitably coming. When it does, trust me, I'll be ready. For Tsumugi, I'm always ready.
I'm rambling a bit now, but I just hope he knows how much I love him. I know he'd be surprised that people do so much as celebrate his birthday, but I wish I could tell hem everything he's done for me, and in turn everything I have done and am willing to do for him. I just really, really,
really love him. I hope my little celebration or maybe this site could convey to him that he is wonderful, interesting, funny, and worthy of lov despite everything. DO YOU THINK HE KNOWS?!
Okay that is all I have to say this year. I love him and I hope he has an amazing day. I'll close this with the same line as my essay;
For Tsumugi, I'll keep on living.